In Early December 1967, I arrived in Vietnam  at Tan Son Nhut Air Base outside of Saigon.  Originally on orders to 25th Infantry Division, I was reassigned to 4th Infantry Division in Pleiku due to recent losses the 4th had suffered at the Battle at Dak To (http://en.wikipedia.org/wiki/Battle_of_Dak_To).

After processing in at 4th ID Base Camp (Enari) just to the South of Pleiku, I was assigned as platoon leader, 3rd Platoon, Delta Company, 1st Battalion, 22nd Infantry Regiment, and joined my platoon at Dak To 18 December 1967  In-country orientation was over on 30 January 1968 when the infamous “Tet Offensive” (http://en.wikipedia.org/wiki/Tet_Offensive) was launched by the Vietcong and North Vietnamese Army.  It was in the hills North of Kontum City that I finally came face-to-face with a NVA soldier, and when he was lying there dead on the ground, and I could see that he was probably only a young teenager, my heart went out to his mother in North Vietnam who did not know that she no longer had a son.  I remember weeping in my poncho tent that night.  The next day, one of our own was shot and killed by an NVA who was ultimately killed himself and was in possession of one of our M-16 rifles.  To my mind that “evened the score”, but that was just my survival instincts kicking in and the beginnings of what would become my protective shell.

After Tet, our battalion had a little stand-down to rest and regroup at a hastily constructed firebase just South of Kontum on the road leading to Pleiku.  Our company’s First Sergeant was due to rotate home, and was headed back to Camp Enari. A land mine, that the entire convoy ahead of him had somehow avoided, exploded right below First Sergeant William Royal McGee.  We rushed to the scene, but our hope of rescue became the chore of collecting parts of Sgt. McGee.  More bricks added to that protective shell…

On 22 April 1968, my point man on a patrol I was leading encountered a NVA patrol and engaged them with his M-16.  The NVA return fire mortally wounded him.  We were able to break contact and got him Med-Evac’d.   Upon reaching our company’s patrol base, we learned that Herbie died enroute to the 71st Evac.  More bricks added to the shell…

The rest of my tour was spent at Battalion Headquarters working at S3-Air, S-4 and a brief stint as Recon Platoon Leader.  I rotated to CONUS 16 November 1968, and finished my enlistment at Fort Benning training more troops to be sent to Vietnam.  April 1969 saw me returning to civilian life where all my friends were doing drugs.    I eagerly joined in, not understanding why at the time, but theorized later that I was wracked with survivors guilt and was on a destructive downward spiral.  The next 38 years saw me jumping from one job to another, marrying three times and divorcing 3 times.

The “Run for the Wall” as chronicled in the film “Homecoming: A Vietnam Vets Journey”.

In December 2005, one of my former platoon members sent me a copy of a movie titled “Homecoming:  A Vietnam Vets Journey”,  a documentary directed by Eric Christiansen, featuring four Vietnam Vets who were participating in a motorcycle ride across the United States called Run For The Wall.  In those guys, I saw myself, and I saw the healing they received by finally coming to terms with what they’d done and seen in that land across the pond.  I was particularly taken with JR Franklin talking about how, when driving down the roads here, he’d be transported in his mind back to Vietnam and he’d start looking for likely ambush points.  I’d been there, too…

So, in 2006, I made my first Run For The Wall, and my healing, by being with those who understood what I’d been through, began.  The progress is slow and steady, aided by trusting in God, and an understanding and supportive wife. 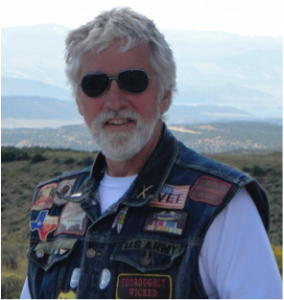 Now we have a new crop of warriors coming home from multiple engagements in the sandbox who, like
us, think there’s nothing wrong with them…..until, that is, they find themselves in trouble with the law.  They return to a country and communities that do not understand that little Johnny who came marching home is not the same Johnny who went marching off to war.  As JR Franklin told me when I first met him, the Native Americans understood that when a brave went off to battle, he was not the same when he returned.  He was changed irrevocably.  Our warriors need to understand this and accept it as fact.  There’s no forgetting what they’ve seen and done – well, maybe with some chemical help, but that’s getting on the fast lane to destruction.  Sometimes it’s something just as simple as a handshake or a hug with the words “I understand” that will start the healing process.  Some will require more, but they all require some help. 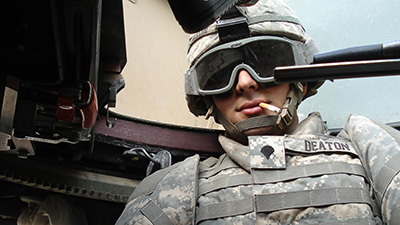 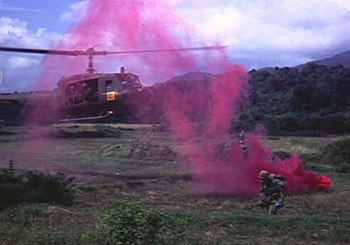